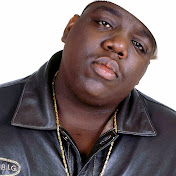 The Notorious B.I.G. channel is the official YouTube home of The Notorious B.I.G. featuring his catalog of official music videos and playlists. The Notorious B.I.G. is widely recognized as one of the world’s most influential rappers and has sold more than 17 million albums in the U.S. alone. Before his murder in 1997, Christopher Wallace recorded two classic albums as The Notorious B.I.G. His debut Ready to Die arrived in 1994 and helped revitalize the East Coast rap scene with massive hits like “Big Poppa” and “Juicy.” Life After Death was released in March 1997 just weeks after he was shot and killed in Los Angeles. The record topped the U.S. album charts and featured the hits “Hypnotize” and “Mo Money Mo Problems.” It remains one of the few hip-hop albums to ever achieve Diamond certification from the RIAA.

We use cookies to ensure that we give you the best experience on our website. If you continue to use this site we will assume that you are happy with it.Ok