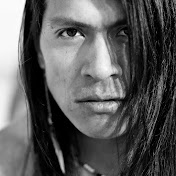 LEO ROJAS, is one of the last, true native american indians. Until now, those magical roots are the major reason for Leo’s intense link to mother earth. Listening to Leo Rojas’s new songs will make you plunge into the spirit and the essentials of the four elements. After reaching 600.000.000 clicks on Youtube and 2x gold record awards (more than 200.000 sold albums), the multi-instrumentalist is about to release his 5th studio album in 2017 (Pr1me Records), which took him one year of hard work in the studio. Leo Rojas describes his new sound as a perfect symbiosis of mind-blowing electronic beats and traditional native american sounds. With his club-hit “Nature Spirits”, Leo’s musical journey has been finally fulfilled and brought him back to his spiritual roots. The transcendental experience starts right from the first seconds and totally overwhelms the listener. Into another world, into a new dimension, that cannot be described by any words. “The voices of my native american ances